Showing posts from March, 2016
Show all

Avni is an expert in DRM, and she gives her first seminar at a Streaming Media industry trade show.
Post a Comment
Read more 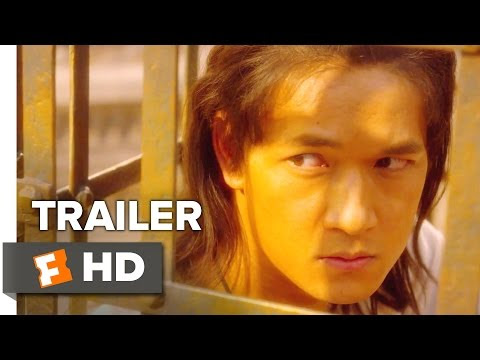 Could it be? Has the day arrived when online distribution is happening at the same time as theater release? Yes! The day is here! Online giant, Netflix, is simultaneously releasing the sequel of 'Crouching Tiger' in theaters and online.

Michelle Yeoh returns from the original cast as Yu Shu-Lien alongside Donnie Yen  as Silent Wolf, in the sequel of Crouching Tiger.." . The plot involves the quest for the legendary sword, and ultimately the battle for the survival of the world. A visual masterpiece, from director Woo-Ping Yuen, fight choreographer forThe Matrix and Kill Bill franchises, director of Jackie Chan’s classic Drunken Master.

The dual release is a first for the film industry, and because the movie's reviews have been somewhat lackluster, observers might not see this as much of a risk.
Post a Comment
Read more

March 11, 2016
Amazon is giving away its Elastic Transcoder to apply Microsoft PlayReady DRM protection to Smooth Streaming and HLS outputs. When you create your transcoding job, simply include the encryption key, the ID of the key on the license server, and license server URL provided by your PlayReady License Provider. Elastic Transcoder transcodes and packages your files in one simple step.

HLS Streaming: Amazon Elastic Transcoder can be used to convert your mezzanine (or master) media files stored in Amazon S3 to various formats depending on the devices your viewers will be using to play it and can further be transmuxed to create a collection of HLS segments and manifest files. This can be stored back in Amazon S3 and delivered using Amazon CloudFront in a high performing and scalable manner. Using…
Post a Comment
Read more

OTT stands for “over-the-top,”or delivery of film and TV content via the Web, without a cable subscription, such as Time Warner or Comcast.

OTT didn’t develop quickly because content owners didn’t have the infrastructure to sell content directly to consumers,” according to experts in video marketing.

OTT has become a hot topic since Netflix matured into a major force (Netflix’s 37.7 million puts it ahead of HBO in total subscribers and offering) . With audiences were increasingly watching their favorite shows on Netflix (and Hulu), rather than the initial live broadcast, TV networks and studios felt compelled to license their older programming to them. As one might have predicted, the success of the Netflix experiment has resulted in the erosion of ratings for conventional TV.10 million US broadband subscribers don’t pay for TV.